Beaumont and Wotton under Edge share many features that make them ideal ‘twinning partners’. Like Wotton, Beaumont is situated under a steep escarpment and dates back over 1000 years.

On the banks of the river Risle, Beaumont, a town of 3000 residents, was an important regional centre, with a wealthy and long history. The adjacent Fôret de Beaumont, the largest privately owned forest in Europe, offers 4000 hectares which visitors can explore. Here deer and the occasional wild boar can be seen, as well as wild mushrooms.

The origins of Beaumont go back to ancient times; flint harpoon points found within the ancient city walls give witness to the presence of prehistoric man.

The town of Beaumont le Roger owes its name to Roger of Beaumont, a powerful Lord during the 11th century and an adviser to William the Conqueror. He built the Church of Saint Nicolas and in 1080 he founded the Priory of the Sainte Trinité, whose majestic ruins lie on the hillside overlooking the Risle valley. Unfortunately this was later destroyed during the revolution.

The different stages of construction of the Church of Saint Nicolas are clearly visible today. The lower nave pillars are 14 Century, whilst the higher parts and the choir stalls are 16C. The stained glass windows are also 16C and were taken down in WW2 for safe- keeping. 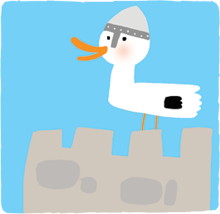